Having already become a fan of Russell Mark Olson’s work in the likes of A Study in Scarlet, Lady Hollywood, Gateway City & in particular, The Black Iris; the chance to get an early look at his newest book was always something I would jump at.

This love letter to Film Noir depicts a series of images from imagined movies that never became a reality but in the hands of Russell each one is giving a lease of life.  That visual spark fires off whole stories in my head that fills in all the blanks before & after each shot he shows us and that intoxicating hook makes this one feel like something more than just your regular indie release.

Everything from the angle of the shot, to the contrast of the black & white, through to the facial expressions, oozes the noir style perfectly and it’s hard not to hear the familiar crackle of old movies in your head as you soak it all in.  Every image is carefully selected and there’s some older image in the mix that make an appearance that fit in easily with a style that Russell has really made his own and then some. 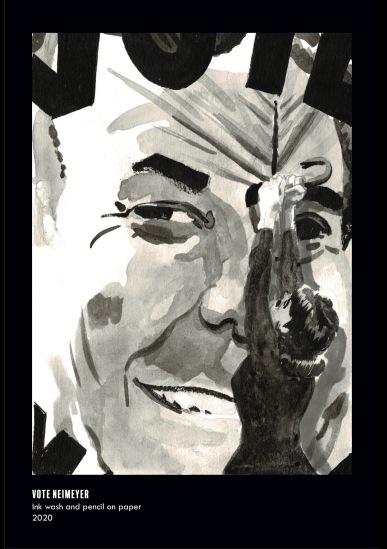 While movie trailers can capture the feel of a movie and sometimes give too much away, there’s something extra special about a vibe being distilled into a single image, regardless whether the movie is real or not, but Russell seems to be able to breathe life into that image with ease.  The soul of the characters are captured in their eyes, the energy & weight of the moment in all it’s exhilaration or crushing finality are held in the moment he has chosen to depict and that all combines to give you a whole world of story & art in a sublime single image.  Go back this and then fall in love with it when it arrives.

Check out more of his work over on his website or keep an eye out for more news on his Facebook & Twitter pages.  You can also check out his other titles over on his online store.

You can get your hands on this release through the campaign link below: