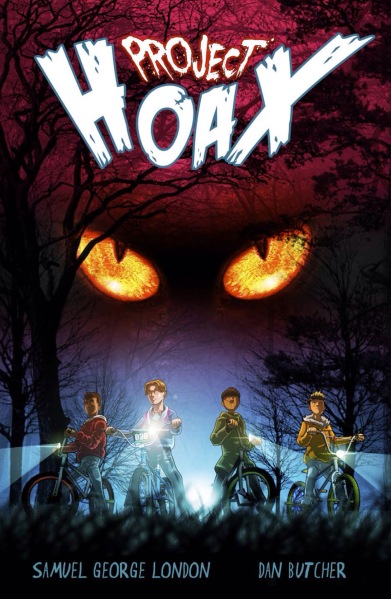 Having already been a BIG fan of Samuel George London & Dan Butcher’s previous releases, a team-up featuring the duo had “back me” written all over it in it’s recent Kickstarter campaign.

It’s a one-shot love letter to everything Samuel loved in the 90’s and as a group of friends face-off against the school bully a plan to get their own back quickly unfolds with a monster vibe flowing through it.  Seems straightforward enough but in the comic book world…and in the world in general…..NOTHING is ever that simple. 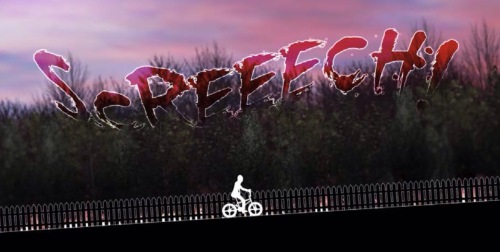 The walkie-talkies, the walkman, the BMX’s, the Megadrives and even a slick nod to a Terminator 2 version where Dan takes the place of Arnie, are all on offer as the plot gains momentum.  That nostalgic hug brings out the best in the whole issue and with Samuel showing off his intricate approach to character building, he makes it all look so simple with each of the characters, bully & non-bully alike, all becoming a recognizable bunch you can relate to in someway and all with a part to play. 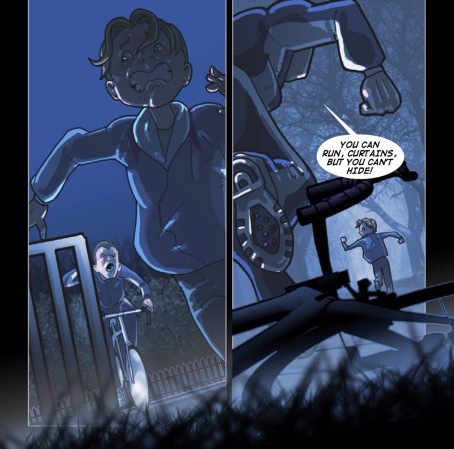 Pair that up with Dan’s typically energetic style and the action has pace, the dynamic between the friends and the threats that are closing in, all pack their own unique sense of belonging……which in the end has that same 90’s air about it.  True it has parallels with the likes of Stranger Things or even the Goonies but that’s not a bad thing in this case as Project Hoax has the same level of quality to go toe-to-toe with stories we already know.

In all honesty, this feels like a release that can rest easy on it’s own and give you the option to return to it but manages to have a massive amount of potential that could see Samuel & Dan return to this at any time…..which in itself is an indicator of how well rounded the premise and issue ends up being.  Smart, funny & with more than enough nods to the 90’s things I’m sure some of us grew up with, this one-shot becomes a multi-shot thanks to a great plot and energetic art that combine to make sure the momentum starts and continues from the first page to the last.

You can head over to the Signal Comics website to pre-order a copy of this now and keep tabs on both creators over on Twitter for more on their other projects too: