The Legend of La Mariposa from James Lawrence started life as a highly successful webcomic but it’s foray into print through its current Kickstarter is how I discovered it and I was lucky enough to get an early look at the 200-page wrestling read.

The titular La Mariposa is a masked rookie wrestler with her heart firmly set on a place in the legendary Sons of Justice group and when her chance to join them involves an epic quest……there’s no holding her back in grabbing that chance in a headlock. 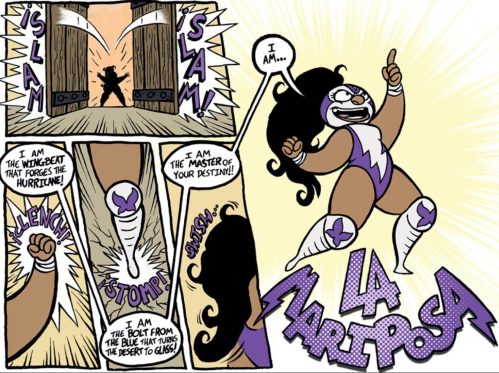 The quest is not without its challenges though, as she finds herself on the trail of four opponents that will test her skill & tactical know-how to the limits and while her single-minded approach sees her stumble along the way, there’s no getting away from the fact she’s a central character you are rooting for from the very beginning.  As the story progresses her confidence & skills grow and as the characters around her find themselves on their own journey, it’s the Sons of Justice themselves that seem to be shown in an ever-changing light. 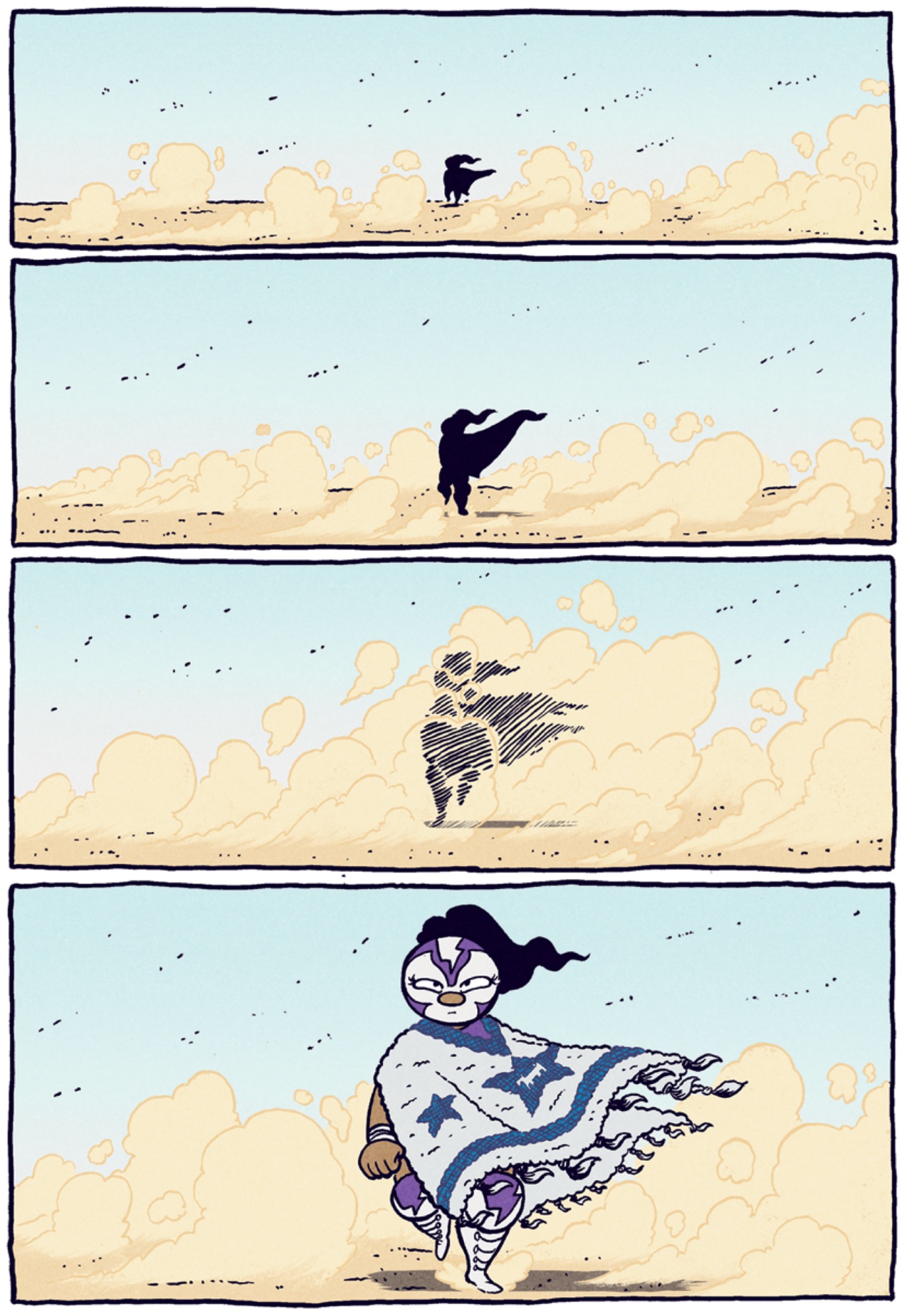 The twists & turns of each match seem to coincide with the twists & turns away from the wrestling ring and the world-building from James is so subtle that you’re invested in this book before even realizing.  That’s partly down to the pacing of the book as the action scenes and the playful layouts inject an energy that has you chanting & clapping for a central character whose infectious but naive nature keeps you keen to find out how she does with each page turn.  That action is counterbalanced with with some interesting plot-twists, some well-placed laughs and some slickly executed lettering that teeters on the edge of letting the pages being overwhelmed in some of the more dialogue or narrative heavy sections but ultimately dodges that pitfall.

Art-wise it’s clear to see that the all-ages & fun elements are on full show but the nuances of La Mariposa’s world are all in the mix too as this manga-wrestling-coming-of-age-comedy-romp unravels across 200-pages of comic book joy.  James does an AMAZING job in juggling all those characters & plot threads and while the webcomic developed throughout the time he was creating it, you can tell in this collected edition just how slick he is at writing, drawing, creating, lettering and more.

A fun & thrilling read for a number of different reasons and being able to take a run at the 200-page collection is exactly the way to embrace this wrestling adventure.  There’s the added bonus of this working as either a self-contained world or the introduction to a character & creator who you know you want to see more from.

You can keep up to date with everything James is working on over on Twitter & Instagram and check out what he has available over on his online store too.

I’d also suggest you head over to the campaign link to get a hold of this gem of a book too:

The Legend of La Mariposa: The Demon Gauntlet Kickstarter