Vital Publishing writer/co-founder John Farman has never shied away from courting controversy in pursuit of a good story (go check out Royal Descent for that) but his newest release, Generation Gun, is aiming to push those boundaries even further.

He’s created a story that centres around America & guns at a time when gun control & mass shootings are nestled in our psyche on an ever-increasing level.  He eases us into small-town America with the first cursory glance at a burning school with the tagline “Anywhere in the USA” and we’re straight into a tale of what’s come before the flames.

There are home-grown terrorists planning the finer details of their attack and an unsuspecting group of soon to be Breakfast Club members going through the normal routines they have ahead of a fun-filled, uneventful day at school.  Needless to say the story gets dark along the way as we’ve come to expect from John but this doesn’t feel like he’s having an all-out swipe at the gun-control debate itself.

Instead, he’s setting the stage for his story and introducing a complete cross-section of characters that all have their own drive and meaning in their pursuits, although you can be sure that there’s a chance not all of them will survive – but the glory of indie comics is that they are creatively unrestricted.  It’s hard to tell exactly how this one will work out after just one issue but the solid foundation is set, the intricate details are in place and a final twist leaves this with the feeling of another BIG title from Vital. 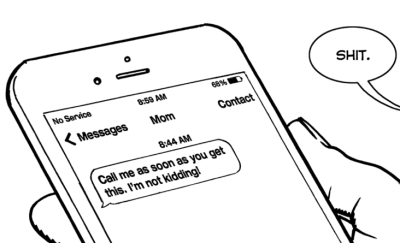 John is joined by previous collaborator Will Pickering who has done a great job of capturing a sinister edge bubbling under the surface while painting a picture with that familiar shine that anything American seems to have.  His detail on the characters makes them believable and there are moments where he helps you drop your guard before something brutal slaps you in the face but that’s all part of the ride for this one.  John has done a great job on the lettering too as he juggles some lengthy narrative & dialogue in places without slowing things down too much.

A touchy subject to handle for sure but rather than rush in and cast a feeling of judgement, John & Will have kicked off another intriguing story from Vital that’s got all the hallmarks of an already underrated series.  We’ll know for sure if that’s the case in future issues but after this opener it’s another release from the indie world that joins my ‘must-read’ list…..and I’ve been lucky enough to get an early look…….GO ME!

You can keep tabs on this and all the Vital Publishing titles over on their website, Facebook & Twitter pages.  The first issue of Generation Gun will be available from the online shop and City Centre Comics in Glasgow from the 23rd May……..and it’s one you should add to your pull-list.