Writer Andy Perry & artist/letterer Chris Holmes’ newest release Undetermined is cruising through its targets on Kickstarter just now and I delve into an early look at the issue.

On the surface it’s a fairly run-of-the-mill story of teen angst and school survival with central character Robert almost shrugging his way through the opening pages.  Caught up with his own thoughts as the days blend into one another with a seemingly endless routine but it’s all shaken up as an encounter with a girl at school seems to trigger a new set of possibilities for him. 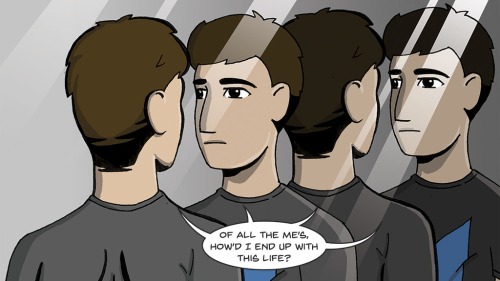 It’s here that the story under the surface begins to break free with the question of fate & free-will taking centre-stage and as this becomes a new version of reality it’s clear that this has been a far deeper story than I realised from the very beginning.  Andy’s subtlety in the plot becomes clearer with every page turn and on re-reading, the significance of every detail comes into view.  The characters have a strong sense of realism that binds the story together and helps bolster that deeper message too. 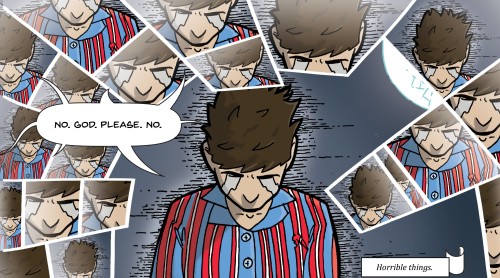 The art from Chris seemed simplistic at first but as the complexities of the story are revealed it shows that the art style and feel is a perfect way to capture the world being conveyed.  That being said, I would have maybe preferred some of the more complex elements to get a similarly complex set of art but that’s a fairly minor quibble when you get so completely swept up in a story like this.

Believable characters in a fantastical story that manages to keep a smart edge to it without dumbing down or patronizing the reader, this ends up being one of those surprise packages that turn up in the indie world every now and then.  Andy & Chris are a great team who seem well-matched for this story and I would hope to see more from them & this new world they’ve created.  Brilliant stuff.

Check out the creators work through the links below:

Get hold of the title over on the campaign page now: