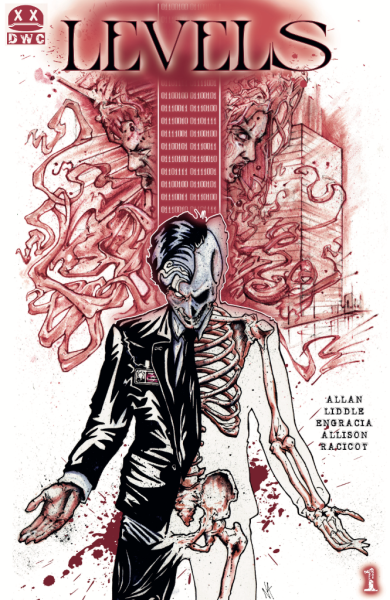 Desert Whale Comics’ second release Levels hit early in the year but it’s one I’ve gone back to again and again since then.

Revolving around an office building under siege by a disgruntled ex-employee it soon becomes a mix of Die Hard & 28 Days Later but instead of a cop we have a window cleaner….obviously.  Massively underrated and gloriously subtle, the story from Richard Allan & Greg Liddle is just a master-class of suspense and action as the little guy steps up to the plate for those hero duties. If that wasn’t a good enough start (which it is) then there’s some stunning black & white artwork from Karl Engracia that’s given a sinister edge with a blood splatter here and there but it all combines to stand-out as a thrill-ride from the creative team.  I have high hopes for the rest of this series and I’m keeping a close eye on Desert Whale in 2018……you should too.

You can keep up to date with what’s next for the team through their Podcast,  Facebook  & Twitter pages.