This weekend’s BIG movie release is the much-anticipated Justice League which has been gathering momentum through the trailers and after a largely positive step forward in Wonder Woman, I had high hopes this would continue that good work.

The premise is simple – the world is under threat and we need the Justice League to get their shit together to save the day, the world and everything in between.  Cue self-appointed leader Bruce Wayne (Ben Affleck) hitting the streets of Gotham and beyond to put the band back together in the aftermath of Batman v Superman.  The wounds of that event are still raw and with Superman/Clark (Henry Cavill) seemingly lost to the afterlife the weight on the team & Bruce in particular, seems all the greater – which adds a reassuring bittersweet twinge to the whole affair that strengthens their cause. 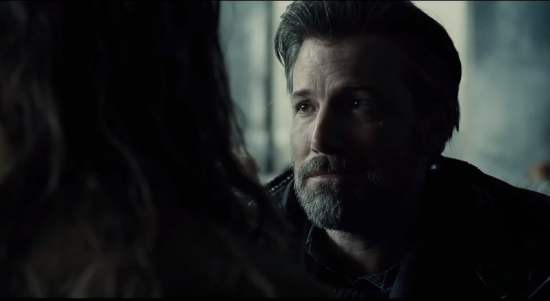 Before you can say “Alfred, stick the kettle on” we’re introduced to the daily lives of the main contenders for this team:

Diana Prince/Wonder Woman (Gal Gadot) is going about her business of stopping crime, preserving ancient artefacts and looking all goddess-like and she’s a natural team-mate for Batman.  The chemistry between the two works well and it feels like there’s a sense of equality in their positions in the JL that’s spun out from the positive aspects of her solo movie.

Barry Allen/The Flash (Ezra Miller) is off-grid as he tries to desperately get to a point where he can help his jailed father and the moments while he is visiting him in jail are strong, powerful scenes that make an attempt to fill the gaps of his back story but I don’t think there’s been a more annoying depiction of a comic book character since Lex Luthor in BvS. This grated on me in almost every scene and I can imagine I’ll be skipping his solo movies as a quest to save my zen.

Arthur Curry/Aquaman (Jason Momoa) is living at the edge of two worlds as he straddles the land & sea trying to make a difference as best he can.  This feels like possibly the best bit of new casting for JL as the swagger of a King who can do as he pleases is there for all to see and his rapport with the rest of the team brings out a real need to see him in his own movie.

Victor Stone/Cyborg (Ray Fisher) seems to be the most troubled of the characters as he tussles with a deluge of information in his new cybernetic body.  He becomes the all-knowing member of the team pretty quick but his reluctance to join unless it’s on his terms highlights the struggle he is going through…………and who doesn’t like a troubled character?  That being said……I think there were other DC characters I’d have picked for the JL’s first step onto the big screen.

That’s your team right there and the powers they have mixed with the tech they have access to should really make them a formidable challenge for any villain but Darkseid’s head General Steppenwolf has other ideas.  His parademons have been scouring the Earth for the three powerful “Mother Boxes” and after a gruelling battle with the Amazons for one, a face-off against the Atlanteans for another, it’s down to the JL to defend the third………if they can.

They can’t……although they do make good use of it in reviving an old friend before leaving it lying in a car park for Steppenwolf to pick-up and whisk off to his lair.  Post-Mother-Box Drive-Thru the three boxes are brought together and it’s an all-out war between good & evil.  The struggling team just seem to be getting somewhere when the tides turn against them (not Aquaman’s fault) but their efforts in bringing back Kal-El sees the JL fight through for the big WIN!

Justice League is a sea of highs and lows with most scenes feeling like they start out strong before fizzling out.  The established characters are probably taken back a step with the limited screen time all while the new characters are skimmed over and just as you feel like you’re getting somewhere with one you’re whisked off to see another element of another story.  This leaves the movie feeling jumbled as you’re taken from one plot to another and if Wonder Woman was a step forward for the DCEU then this is inevitably a step backwards.

The Flash aside, the casting is strong and the supporting cast with Jeremy Irons as Alfred, J.K. Simmonds as Commissioner Gordon, Diane Lane as Martha Kent & Amy Adams as Lois Lane all contribute something in their sliver of screen time.  The problem is the movie they’ve been given to work in, as it’s fractured, jarring and far from the spectacle that I envisioned for the culmination of efforts in Man of Steel, Batman v Superman & Wonder Woman.  A promising cast in a mediocre movie is becoming a worrying trend for DC’s movies and ALOT of the good stuff in the film was wasted on trailers…..surely someone has to catch that??  This becomes a double disappointment given the ascendancy of DC’s comics in the wake of Rebirth.  Hopes dashed DC…….hopes dashed!

1 thought on “Comics Anonymous at the Movies – Justice League”