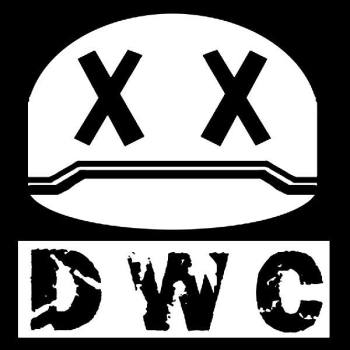 Desert Whale Comics have already impressed with their first two releases and I got the chance to catch-up with co-founder Richard Allan about how it all began, what we can expect from their titles & what’s next.

How did starting Desert Whale Comics come about?

It was kind of a wee bet to be honest… Greg and I began working together in an office and bonded over our love of comics. We were inspired to create our own after reading Preacher and The Walking Dead, amongst various other superhero titles. We were genuinely in a pub one night blethering about how cool it would be to write your own comic and we bet ourselves we could do it. A thousand difficult lessons learned later, we have The Plight and Levels on the shelves of shops and on sale at comic cons all over Scotland.

Were Plight & Levels books that you had been working on for a while?

Yes. We began writing them a few years ago on and off. The Plight was eventually finished after a lot of re-writes and tinkering. Once we’d put the first issue of that to bed, we wrote all three issues of Levels in about a year and then carried on writing The Plight. It’s been a stop-starty process but we’re persevering.

What can we expect from future issues of Plight & Levels?

You can expect The Plight to become a lot more supernatural! The first was issue was to set up the story. We felt Cal Parsons, his family, God, The Devil and Death all needed strong introductions to put the foundations down before we moved the story along. Further issues will deal with the dire situation Cal’s found himself in, the consequences of God and The Devil’s bet plus a new world setting which will push Cal to his absolute limits in how he perceives the universe. The tone will remain similar to the first issue – dark and mysterious with a hint of humour here and there. Our story is fairly deep and we’re excited to carry on carving out the universe its set in.

Levels will continue being told at breakneck speed with heavy helpings of humour and violence spread throughout. There’s a clear good guy versus bad guy dynamic going on so there has to be a resolution to Frankie and Maxwell’s exploits at some point, doesn’t there? More bad guys, more silly jokes, more blood and fighting. Mayhem aplenty, basically.

Do you have the whole series planned out for both of them?

Yes. The Plight is due to have four issues, two and a half of which are written. Issue 2 is currently being pencilled and inked and we’re very excited to be coming close to having a second issue out for it.

Levels is finalised at three issues. Issues two and three have been pencilled and are currently being inked.

Wonderful jobs have been done bringing both of our stories to life and I’m proud of what we have so far. I just hope everyone likes the second issues as much as the first of both!

I loved both the opening issues but what has the response been like to them? 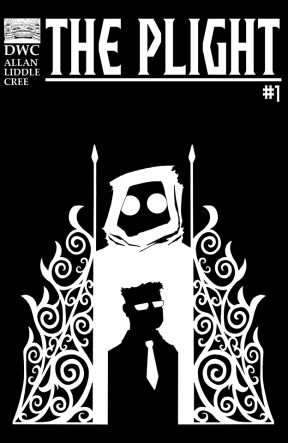 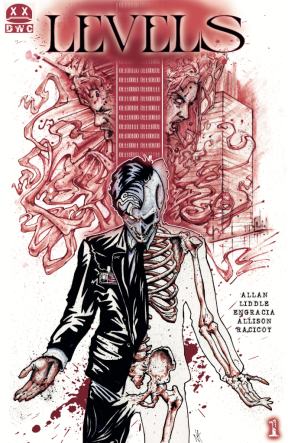 The response has been better than expected to be completely honest! The reviews we’ve had have made all the effort worth it, knowing that people have taken enjoyment from something we created. We had an offer from someone at comic con to make a budgetless film version of Levels actually, so that was quite flattering.

What other creators do you take inspiration from?

There’s a multitude of writers and artists we’ve taken inspiration from, a list too long to compile. In all (embarrassing) honesty though, the community of comic creators in Scotland has been inspirational. So many amazingly talented people are creating comics out there and it’s an absolute pleasure to be part of that community.

What other titles do you have planned for release through DWC?

Nothing as yet, but we’re always rattling around ideas that could become our third IP for Desert Whale Comics.

We’ve written a one-off horror short story that we’ll be seeking an artist for soon but for now we’re focusing on completing The Plight and Levels. We used to have a podcast that, personally, I’d like to see resurrected in some form.

You’ve recently joined forces with Rats & Crows Publishing – how did that come about?

Through a conversation with our pal, Dave Cook. I was having a conversation with him at Edinburgh Comic Con and Rats & Crows Publishing got a wee name drop so I decided it might be an idea to get in touch with them. Pitching to them was a bit nerve-racking but I was delighted that they picked up Levels.

You’ve just launched the Kickstarter for a new release of Levels #1 to reach a wider audience. Can you tell us a bit more about that?

I can tell you straight away that having a Kickstarter set up through a publisher aimed at a global market for one of our comics is fucking terrifying! It’s a little bit surreal to be honest. I’m absolutely buzzing and nervous about our very first Kickstarter but I’m so proud of the work everyone has put into our tiny wee ‘brand’ to get to this stage.

The Kickstarter launched on yesterday and, like all Kickstarters, it’ll be a race against time to find generous people to help fund worldwide publication for our insane story about a window cleaner trying to escape a building full of brainwashed, bloodthirsty maniacal office workers. The link will go up on our Facebook page as soon as it’s launched but until then everyone is very welcome to join our event – Hope to see everyone there!

You can keep tabs on all things Desert Whale over on the Facebook & Twitter pages as well as getting hold of their books through ComicHaus.  You can also catch-up on their previous podcasts too.

Check out their latest title on the campaign link below: