While we got our first glimpse of Beast Wagon in Chapter One & Two last year that continued in 2016 with Three & Four and saw the title go from strength to strength.

It all takes place in Whipsnarl Zoo which has a world bubbling under the surface as the animals are getting restless because of new arrival unsettling the balance they’ve settled into.  The lives of the animals & humans blur as things get stranger and the plot from Owen Michael Johnson swings from crazy to genius in the space of a few pages or panels.  Backed up with art from John Pearson who brings the “head-fuck” effect with a glorious approach to the world that he injects a primal instinct into it.  Colin Bell polishes off the edges with some slick lettering and I can’t sing this titles praises high enough with it’s almost schizophrenic mix of dialogue & narrative which injects an amazing momentum to the whole journey.  A “cult” hit that has mainstream appeal……..just stunning.

February 2017 will see the series come to an end and after the momentum of the four chapters so far and the sneak peek a few weeks back of the final cover it’s setting itself up to hit the same heights it already has……and most likely with a few surprises in there too…..roll on February!! 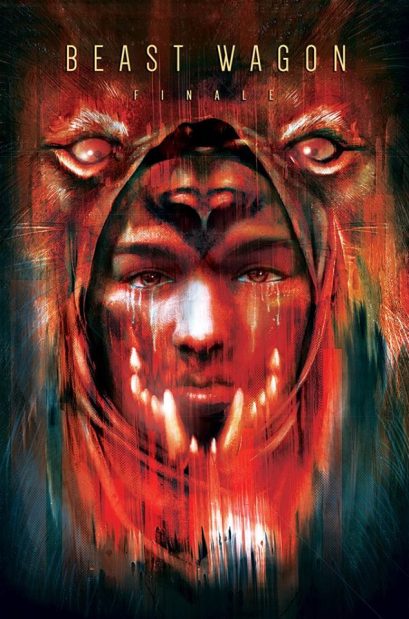 You can get hold of the Beast Wagon issues so far over on the Changeling Studios online store and keep tabs on the progress of that final issue over on Twitter: