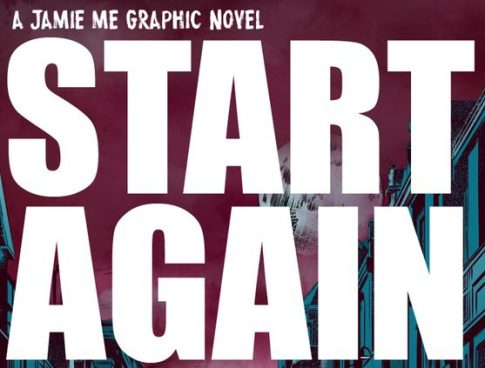 Jamie Me brought his Start Again title to life through Kickstarter and while the delays on it reaching backers could have put many off it ended up being the first and probably easiest pick for my 2016 highlights.

It tells the story of a chance encounter in a nightclub between British superhero Ajay & Natalie and it’s a stunning mix of sex, superheroes & sarcasm set in Leeds and even that praise doesn’t do it justice.  It’s slick and a real rollercoaster of a tale that tackles some big ideas while still being able to slip in some surprises along the way…..an issue that keeps on giving.  Creator Jamie Me made the decision to delay the project to produce the best possible issue he could and he delivered and then some with this.  An instant hit with me and I’m sure there are others tht feel the same and we’re all re-reading that first issue until we hear news of the second issue.