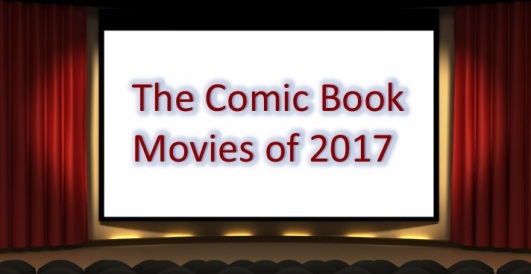 2016 draws ever closer to an end and while it became a largely luke warm year for comic movies (at least for me) it also became a year many of us will be glad to see the back of for other reasons.  However, it does mean we can start looking ahead to 2017 and plan what we’ll be aiming to escape into on the big screen so I thought I’d take a look.

The LEGO version of Batman already looks like alot of fun if the trailers are anything to go by and while this will no doubt have a broader appeal than some of the direct comic to movie conversions I don’t think there’s any doubt that this can tap into the element of fun that has always been the real hook that comics represents.  We all need a laugh every now and again and this could be the escapism we need to kick start a year of comic movies.

The third & final outing for Hugh Jackman as Wolverine/Logan could well be one of the best comic book movies in recent times if that first trailer is anything to go by.  Thought to be a conversion of the “Old Man Logan” arc from the comics we’ll see a futuristic world that has a less than hopeful outcome for the mutants on planet earth.  Prof X is in the mix and we even have a female Wolverine clone that they’re ready to protect at all costs……hyped for this!

Ghost in the Shell

Probably one of the most divisive movies announced for next year was the live action Ghost in the Shell and not just because they were attempting to convert a classic anime to the big screen.  Another potential whitewash from Hollywood has angered many but the release of more and more footage seems to be bringing more people around to at least the potential this movie holds.  Time will tell if it’s as accurate and impressive as the original but there’s hope for this one I think.

Guardians of the Galaxy Vol.2

The collective “ooga chaka” has been on standby since the first Guardians of the Galaxy movie wowed us all back in 2014 and the first glimpse of the whole gang on-screen for the next installment showed the unique mix of action, humour and mini Groot that only James Gunn seems able to create.  “In Gunn we Trust” has got to be something we’re all thinking and with GotG Vol 2 being part of the big lead up to the Infinity War I’m glad that Marvel have broadened their roster of characters to include StarLord, Gamora, Drax, Rocket, Groot & the rest.

US release: 5th May

While DC tried it’s best to dazzle us in 2016 with Batman v Superman: Dawn of Justice and Suicide Squad they both split fans down the middle with some hating it and some loving it.  The critics were much more vocal in their disappointment in these but Wonder Woman will hit big screens next year and hope to convince everyone that DC’s superhero powess can be flexed outside the success of their animated movies.  The latest trailer is starting to convince me that it’s possible and it continues to have the appearance of a major game-changer for the DC Cinematic Universe itself.

A follow-up to Mark Millar’s successful first Kingsman: The Secret Service will see a return for familiar faces from the first movie like Colin Firth, Taron Egerton & Mark Strong but they’ll be joined by an ever-increasing cast as Jeff Bridges, Halle Berry & Channing Tatum will appear alongside them.  I loved the graphic novel the original movie was based on and thought the first movie did it justice so I’m hoping for more of the same from this one.

With the Sony/Marvel deal already allowing Spider-Man to appear in this year’s Civil War from Marvel Studios the hype for a fresh start on his solo movies has had new life breathed into it.  Amazing Spider-Man 1 & 2 did little to impress many but the cameo in Marvel’s movie and the subtle steps they’ve taken to move away from another rehash of the origin story it’s a move that could pay off in a big way for Sony from here on out. Michael Keaton on board as The Vulture, Tom Holland ready to impress in a solo movie and Tony Stark set to appear it all seems like the Marvel world is beginning to gel and Spidey can reclaim a worthy place on the big screen.  High hopes from this Spider-Man fan for sure!

Valerian and the City of a Thousand Planets

Luc Besson will bring us this one based on the french sci-fi graphic novel series Valérian and Laureline and it looks very much like a Besson movie.  It oozes the similar sci-fi vibe that The Fifth Element with an EPIC scale to it as well as having a massive budget attached to show how serious they are about this release.  The one concern would be previous sci-fi offerings like Jupiter Ascending which had a similar vibe and impressive trailer before falling well short of expectations but time will tell how this one fairs. 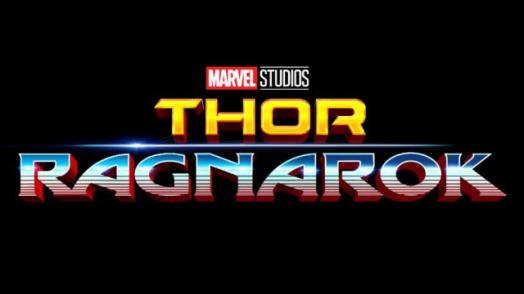 While the first Thor movie surpassed my expectations and remains one of my favourite Marvel releases the second movie was a big disappointment so this third installment is sort of in limbo until we start seeing footage of it.  Good news is that Dr Strange & Hulk are set to appear and my hopes are still high that they can reclaim at least some of the magic that made the first movie so enjoyable for me.

We’ve already seen many of the Justice League members in this year’s largely dissapointing Batman vs Superman and while Zack Snyder will return to the helm as director I’m still hopeful that the first major team-up movie from DC will be one that will firmly add their stamp to the big screen releases.  I still feel like much more hinges on Wonder Woman in building that momentum but this should capitalize on that and set the stage for the next series of movies for years to come.