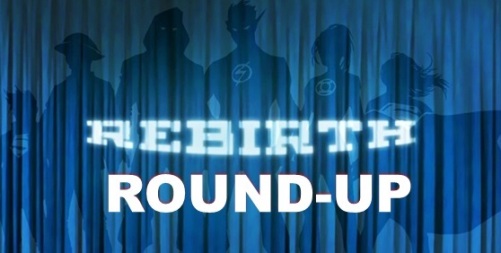 It’s week 17 and there’s another two Rebirth issues kick-off which are looking to join a series of successes that DC have brought us recently. 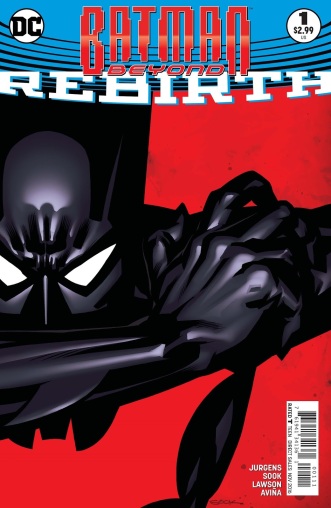 The main thing that Rebirth has done for me is introduce me to the wider DC world that I previously hadn’t picked up before and Batman Beyond feels like probably the biggest example of that.  A Batman of the future that has a begrudged endorsement from Bruce Wayne himself and the mix of current crisis & back story from Dan Jurgens is a well-balanced beginning.  As Gotham struggles into the light and the prospective of a positive future the past comes back to haunt it in the shape of the Jokerz gang who have their namesakes thirst for chaos and only a futuristic Batman can put an end to that.  A chance encounter between Terry McGinnis and Bruce sees Terry force his soon-to-be-mentor’s hand in an origin that’s retold through flashback. Art-wise Ryan Sook does a great job at adding energy to the pages and it’s a far flashier version of The Dark Knight that we end up with….a modern version of a classic.  A solid start with an interesting reveal on the last page that could well be a hint at the new life it could inject into old ground for this title in the future. 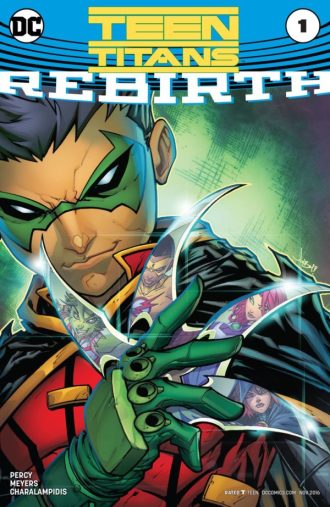 Teen Titans is a prime example of what initial issues of new series can become as it’s purely an introduction of the characters and the merest hint at the plot that could be built on this foundation.  Beast Boy, Starfire, Raven, & Kid Flash are all content in their own lives but that’s short-lived as they are each introduced and collected by a mysterious network that have them listed as targets.  This makes this issue a particularly quick read and while it acts as a solid foundation for the Teen Titans the jury is still out on where this will go.  The cartoony art work from Jonboy Meyers is an interesting element and we see the issue teeter on the edge of becoming overly childish but thankfully never quite falling into being silly.  IT all leads up to a final reveal in the last page but you’ll have to stick around for the next issue to really find out what Teen Titans will add to DC’s Rebirth mix.

A mixed bag of a week after some strong releases from DC but there’s no doubt that every Rebith book shows off it’s own glimpse of potential…..time will tell if that is embraced or abandoned.