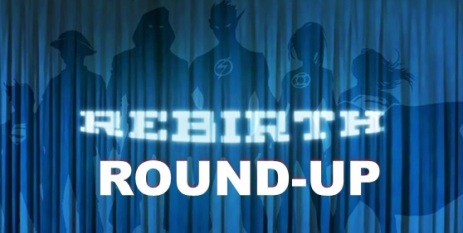 DC’s Rebirth releases hit week 7 last week and after the a particular high point in the previous week’s releases I was keen to see if the trend would continue. 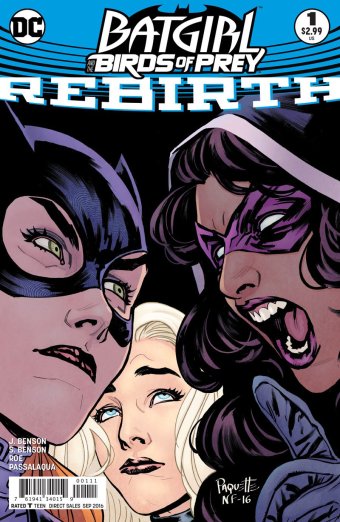 Batgirl and the Birds of Prey: Rebirth #1

The original group of Batgirl, Black Canary & Huntress are together again in what should have been a contender for one of the best in the Rebirth revival.  It opens with Batgirl/Barbara Gordon on her latest case as she mops up some bad guys but is left with the revelation that the “Oracle” mantle she spent time building has been hijacked by a new cyber-hacker on the block.  Cue the flashback to Barbara’s days as Oracle as she backs up the other Birds of Prey and we’re treading old ground in the character’s history although it’s at least a short revisit more than anything else.  We get a similar glimpse of bygone days for our other members as they “put the band back together” to tackle the new villain and while old frictions rear their head they still manage to harness that team mentality somehow.  A victim of it’s own hype in many ways but I can’t help but think this was a missed opportunity to really broaden the diversity in DC’s characters with another book of strong female leads but it seems to fizzle between old & new story lines without really committing to either in a big way.  The artwork struggles to produce anything more than pain and anguish on the characters faces regardless what’s happening on the pages but with this one-shot opener out of the way I’d hope that things would start on the right foot in #1 and start building some momentum. 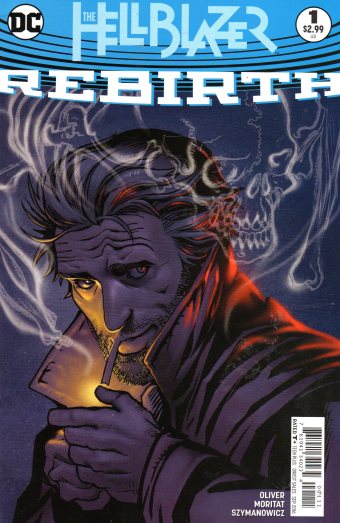 John Constantine trades NYC to go back to London where he belongs and meeting up with his old friend gives this a nostalgic “walk down memory lane” vibe to and that feels exactly like what the creative team was aiming for.  It’s a familiar John vs Demon story to start with and while it tries desperately to capture the good old days of Vertigo, it ends up with a watered down feel to it that takes the shine of things a bit.  We build to a face-off with said demon but it all seems to be over too quickly and far too easily to have posed anywhere near the level of threat that is suggested……which is a pity. There’s also a cameo by Wonder Woman, Shazam and Swamp Thing and they feel shoe-horned into a story that could have been doing with those pages to help develop John’s own story a bit further.  While the story itself may not have wowed me, the world-weary edge to Constantine himself manages to resurrect the potential that the character has in the hands of this new creative team which has pitch-perfect art to suit the tone of everyone’s favourite demon-fighting misfit.  A misfire of sorts but one that still has lots to offer when the series starts properly in the next issue.

A bit of a let down with this weeks releases but even in the middle-of-the-road titles from DC there is still a great deal of potential bubbling under the surface.  While that may not be enough for some it should at least prove to be the jumping on point for new readers that the Rebirth one-shots were intended to be.