I hadn’t really consider myself to be a horror fan until the likes of City of Lost Souls and a few other indie release managed to convince me otherwise and getting an early look at #4 is a perk of this comic reviewing gig.

Issues #1, 2 & 3 had already built a solid grounding and the release of a collected edition saw tweaks to the art raise the bar even further which is where this 4th issue picks things up.  Matt’s world is a blur of real world and hell as his previous choices of murder victims haunt him in every way possible but his quest for some sort of forgiveness continues to move in the face of the darkest elements imaginable.  James McCulloch turns the crazy up to eleven as the worlds he has created smash together to blend a real world villain with some surreal world elements of pure evil. 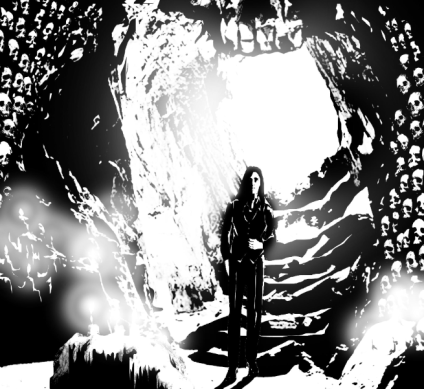 As those elements merge together it quickly becomes a battle for attention and while that has all the potential for being annoying there is something in the mix of characters & dialogues that James manages to inject into the story to save it.  Matt is the worst type of person but there’s a subtle edge to him that has somehow managed to get me on his side…..this guy is a murderer and I’m rooting for him…..WTF have you done James??

Janine van Moosel returns as the creative partner in crime and after the improvements she made in that collected edition there’s a newly added level of realism to the pages of #4 that makes this all the more uneasy to get lost in.  The horror seems more risky for our characters and it feels more disturbing for us to watch unfold and I’m pretty sure they’ll both see this as a gain as they harness the true feeling of horror.

It’s a new level of quality for a title that was already good to begin with but James & Janine have firmly defined themselves as horror-masters as COLS oozes the dark & evil elements that make this a “Want to look away but can’t look away” kind of book…..great work you scary bastards 😀

You can get hold of any of the City of Lost Souls issues over on James’ website and keep up to date over on the Facebook page.  Keep any eye out for the creative team at Glasgow Comic Con next weekend too.