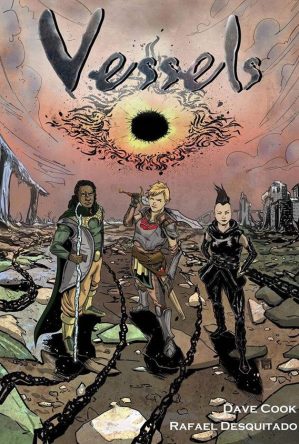 Dave cook brings us another comic title that smashed through it’s Kickstarter target which may in part have something to do with just how well-received his Bust title was.

It’s billed as “A dark fantasy comic saga inspired by Dark Souls and Inception” and that alone should be enough of a draw but here’s what else to expect from the title:

The realm of Cairnthala is dying and all that was once green has turned to ash. A demonic entity known as the Eye-God has reduced entire kingdoms to rubble, blood sacrifices fail to repel the creature and people have given up hope.

Amid the chaos a legendary warrior named Wake emerges. She and the Eye share a unique bond that must be broken for the world to survive, but times are desperate and the laws of reality and reason are breaking down as ethereal entropy begins.

Wake embarks on a pilgrimage to slay the Eye with a band of skilled heroes by her side, but the Vessels have awoken, and will stop at nothing to protect their ancient lord.

Only the mysterious realm of dreams – the Veil – holds the key to salvation.

Dave is joined by Rafael Dequitado who’s art looks amazing in the preview images below: 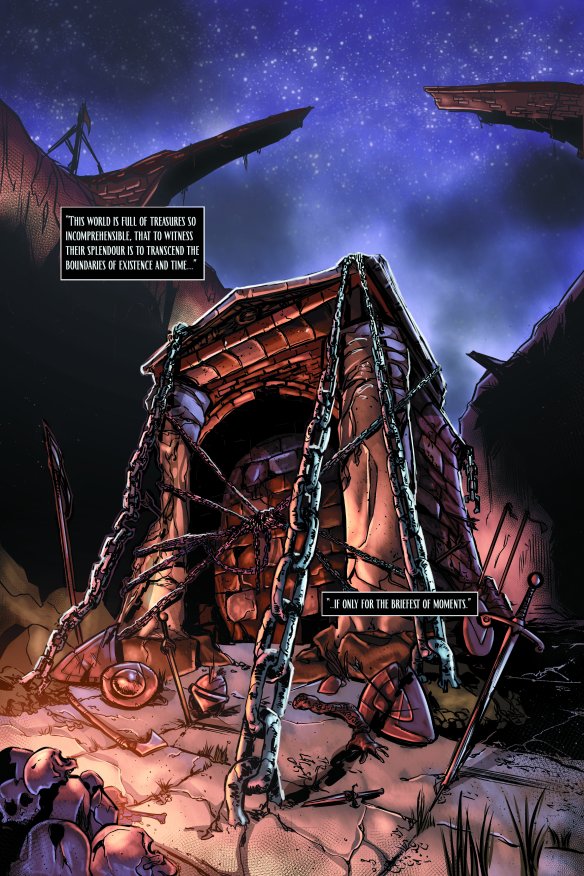 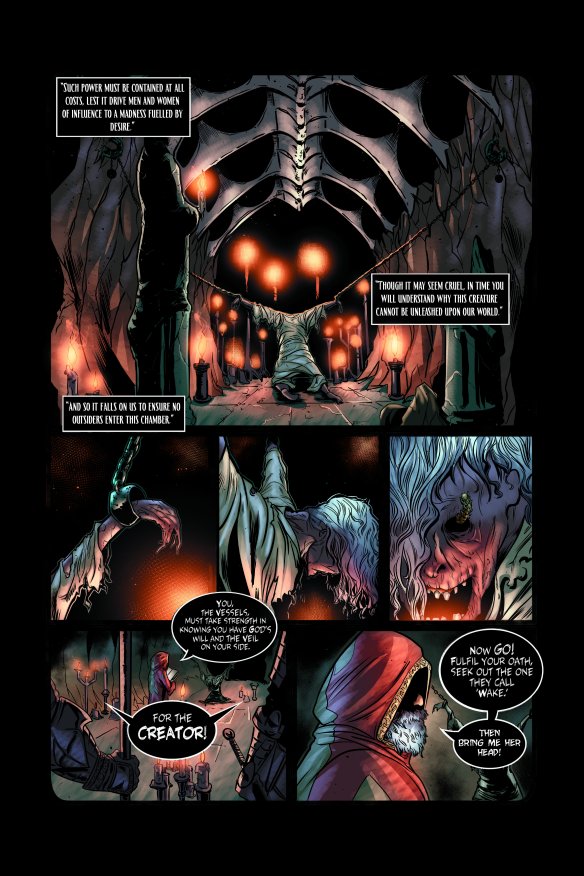 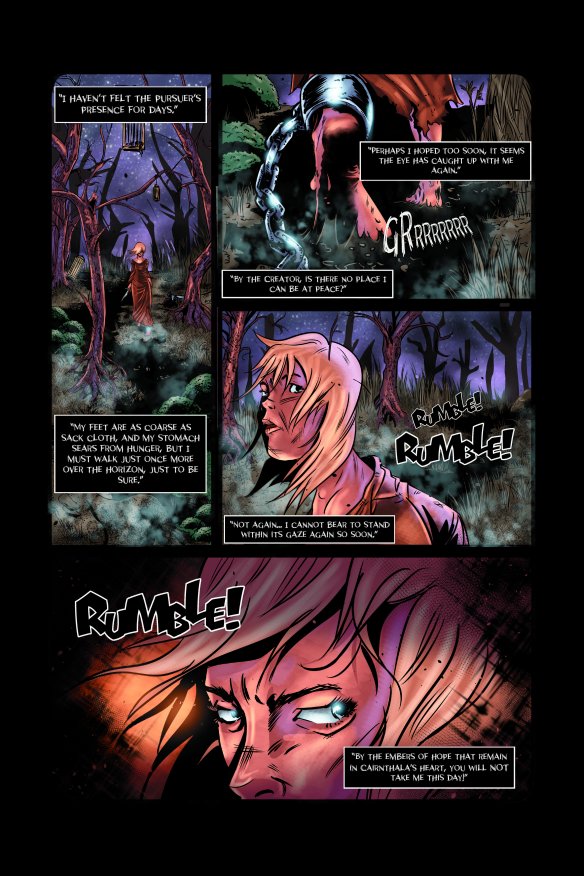 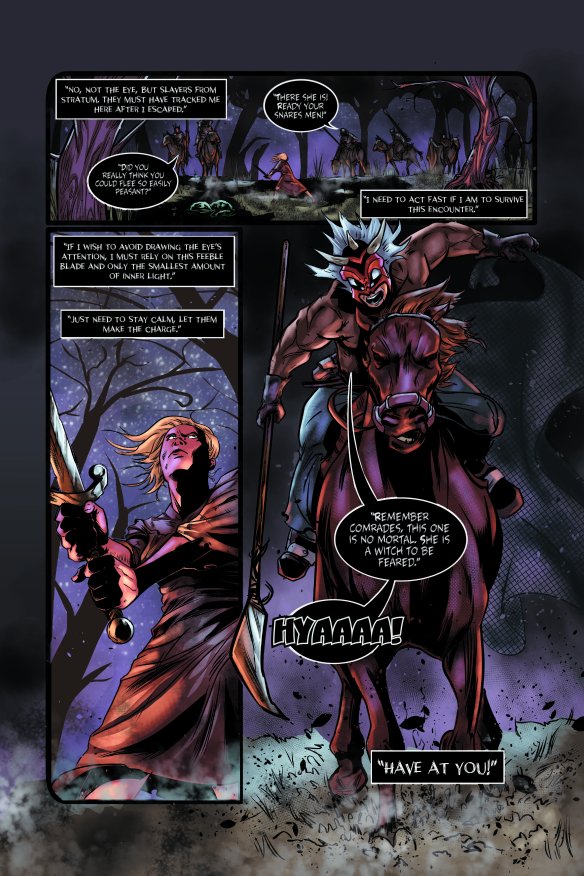 There were some other great glimpses into the story to expect in the Kickstarter itself and I can’t what to get hold of the first issue after backing it with no hesitation.

You can check out the Card Shark Comics website & facebook page for more info on this and their other titles and catchup with Dave over on Twitter too.