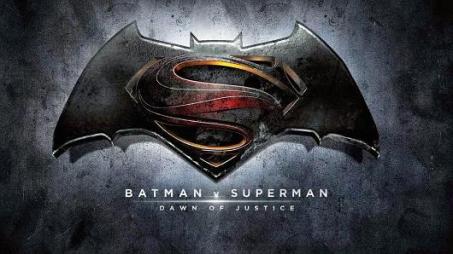 With Zack Snyder’s Man of Steel being a fairly divisive addition to the list of comic book movie releases there was a lot of skepticism rolling around when Batman V Superman was first announced but now it’s here I take a look at what it really ended up becoming.

The trailers started to appear thick n fast over the last few months as the promotional train for BvS hit it’s top gear but after being fairly underwhelmed by the initial look & feel of the film it was only the last of the trailers that seemed to build up more of an interest for me and give me hope that it could surpass Man Of Steel (which I quite liked & thought it had it’s good moments).  The casting choices were met with a similar mix of divided opinions but only seeing the entire film and it’s key moments in context could we really give it a fair chance to try & show us what they really aiming for in this big screen offering of DC’s biggest characters. 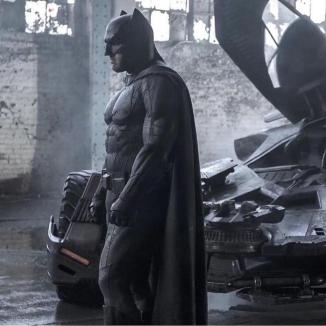 Batman/Bruce Wayne – Ben Affleck:  Taking over a part like this in the wake of the Nolan/Bale trilogy was always going to be a risk and Batfleck saw a great deal of flack come his way from the off but I think he proved the vast majority of people wrong with his part in BvS.  He juggled the two lives perfectly as he flexed his detective skills in both persona’s with only the brief need to act up with his playboy persona which I was grateful for.  It all worked out as he embodies that focused mentality to do the right thing and forboding physical presence to let the fights, with the exception of the desert dream sequence, flow well enough to really show the power of the Dark Knight and emphasise the reason he is feared by the criminal underworld.  While that was taken further with the addition of a new Bat-Brand that he chose to burn into the skin as a permanent mark of his justice being served, the broader need for gadgets and tech were introduced at just the right time and a montage of working with Kryptonite showed he would go as far as he thought he needed to save the day.

Superman/Clark Kent – Henry Cavill: I think that Cavill makes a great Superman and a great Clark Kent with the biggest problem being that the studio just doesn’t know what to do with the character in much the same way that Sony didn’t know what to do with Spider-Man.  The grim & gritty tones of the movie works for everything except Superman in my eyes and while he has always been a character that was able to see the best in people, do everything he could to preserve life & really place himself on a justified pedestal as an example……the studios & team behind BvS (& Man of Steel) just don’t give Cavill or the character the movie he deserves.  He does manage to show the power behind the man as well as the tender side through his relationships but the dark suit & dark world he’s trapped in ends up stifling the life out of a character that should be the embodiment of hope. 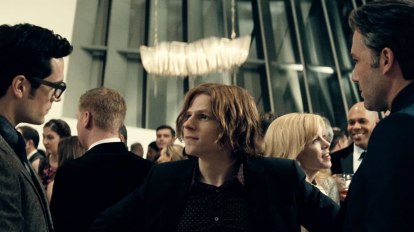 Lex Luthor – Jesse Eisenberg: This casting didn’t seem to have the same mixed response that Batfleck did as we were all convinced that Eisenberg, as much as anyone else, could become Superman’s nemesis Lex Luthor and prove to be the perfect opposite for the Kryptonian to face…..how wrong we were.  This was the low-point for me as Eisenberg seemed to try to be a mix of both Lex & Joker to balance out the two central heroes and as messy as that sounds the results were messier as he became the Jar-Jar Binks of BvS.  His annoying quips and unusual behaviour took the character a world-away from the poised, calculating genius that I was expecting with the saving grace being that he’s not in the movie too much…..thank the Krypotnian Gods for that!…..leaves you wondering what could have been if Bryan Cranston had been given the chance.

Wonder Woman/Diana Prince – Gal Gadot: Another divisive piece of casting for the fans and I was 50/50 on this before the movie started and afterwards……I’m still 50/50.  There’s no doubt that Gal has an other-worldly sense of beauty but the main question mark for me is still whether she exudes the strength & power of an Amazon warrior priness.  She works as Diana Price as she catwalks her way through the world’s hierarchy to maintain her secret identity but the fighting she’s involved in just doesn’t seem to carry the weight I was hoping for.  Some flashy CGI and a Snyder slow-mo scene with some rock music does not a powerful being make and that’s a pity as this was a good chance to prove everyone wrong.  That being said the solo movie should be a chance for Gal to flex those muscles further and early pictures from that seem to bring her closer to the Wonder Woman we know & love.

Supporting cast – There’s a great mix of characters around our main goodies & baddies with Amy Adams reprising her role as Lois Lane and although for the main part she maintains that feisty reporter she had a tendency to be slipped into a “damsel in distress” mode that seemed jarring.  Diane Lane returns as Martha Kent – playing the concerned adoptive parent well (could be that my Diane Lane crush added some soft tones to her appearances though).  Laurence Fishburne was back as Perry White who tries his best to focus his reporting team on stories that will help maintain the Daily Planet as part of global media, Holly Hunter appears as Senator Finch who is trying to balance the needs of the people at a time when they’ve found out their not alone in the universe and Jeremy Irons comes on-board as Alfred and although he has some little bits of screen time here and there he manages to surpass my expectations of the man picking up the pieces of Bruce & Batman’s lives…….best Alfred yet for me.

Added into the mix are glimpses of some other Justice League members in footage that Lex owns showing The Flash, Aquaman & Cyborg whi will all be given a chance to shine in their own movies.  They don’t add much to BvS itself but it’s a good indicator of the bigger picture they have in mind moving forward.  Cyborg seems a less likely choice to show here as I’m sure there are bigger members of the JL to show but broadening their roster is a positive step to take.  There was an extra glimpse of the Flash in one of Bruce’s dream sequences but it’ll take more than a glimpse to get me excited for these new characters.

The movie itself is a brash, gritty & deeply grim affair which suits the majority of the movie we get and while it’s not perfect (and not very many movies are) it didn’t end up being the car crash that the critics were all going on about……but at the same time, it never achieved the highs of “Best comic book movie ever” as claimed by some either.  Instead it slipped into somewhere in between for me and the reality is that ‘comic book movie’ is not a genre that we can lump everything that comes from Marvel, DC or anyone else into – it’s far more developed than that.  It’s as varied and diverse as any other medium but comic book fans have always had to deal with an under handed approach to them and their passion. The difference with trying to go mainstream is that there are ALOT of people to try and keep happy……the comic fans, movie fans, critics & the neutrals that are looking for something to entertain them which is the key element for everyone.  In the end, that’s exactly what Batman v Superman managed to achieve as it’s fun, flawed & fantastic elements combined to show the direction DC has set out for the characters in this film and their widening roster of comic-to-celluloid heroes.  This results in it feeling like a far more positive step in the right direction for more DC movies that are worth seeing as long as they can maintain this sort of momentum.  With Batman & Superman individually being the biggest characters DC has, its hard to see how this could ever have been a failure unless it HAD been the car crash the critics had claimed in those early reviews.  As it stands, the DC movie machine has new life breathed into it and I’m hoping, like many others, that the next few films can reach higher!

4 thoughts on “Comics Anonymous at the Movies – Batman v Superman : Dawn of Justice”