It’s now less than a month until the third Edinburgh Comic Con and after going all-in with a two-day event from the beginning the organizers are looking to aim bigger & better with the same attention to detail in a new venue for 2016.

The Hero Conventions team got the balance right from day one with dealers, indie comics, TV & Comic guests, Cosplay and panels all being given a fair share of time & space and that alone set this one apart from other events that have had to build-up to that sort of sensible approach.  That being said, the first year struggled to get a significant number of people through the door with both days initially seeming very quiet. 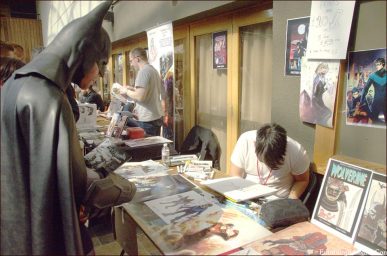 Fast forward to the 2015 event and the same finely tuned balance was there but with the crowds to match…..and while the only thing to have changed was the name (“Something Bloody Awesome” to “Edinburgh Comic Con”) I’d be inclined to think that word of mouth on the quality of guest, dealer & panels kicked off the momentum and leads us into it’s third year with hype, hope & Hero Conventions.

This third event offers a new venue with a move to the Edinburgh International Conference Centre and thankfully the same approach to the overall feel of the weekend so far.  You just have to look at the guest list to be sure of finding someone from Game of Thrones, Dr Who, Star Wars or Star Trek in the media guest list or a top comic writer or artist to go all fanboy/fangirl with.

Having been fortunate enough to be at the first two events I’ll be heading along to this year’s event with just as much intrigue and excitement as the previous ones……this time with a new venue to wander round and a similarly impressive list of guests & panel on offer – it looks to be shaping up to continue it’s winning steak as one of the best events in Scotland. 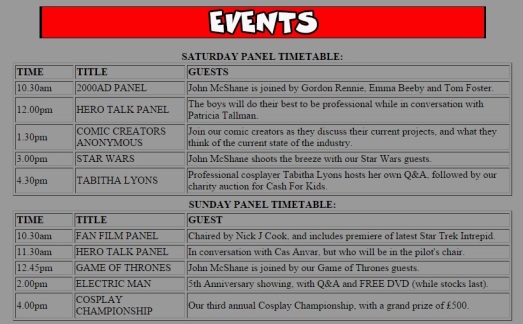 Check out more about the weekend of Comic-filled fun over on the official website and keep track of their latest news on Facebook & Twitter.  If the momentum generated from those first two years is anything to go by…..you’ll need to get yourself a ticket ASAP for 2016.