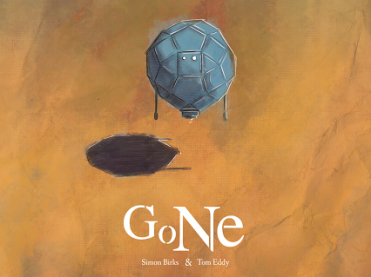 Simon Birks & Tom Eddy team-up for Gone which started life as a web-comic but thankfully saw print through Kickstarter.

A sci-fi story about solitary spaceship Tantallon adrift in deep space as it edges it’s way closer to the phenomenon outside it’s windows but with no crew present it’s hard to see how the ship will survive it’s inevitable destruction. 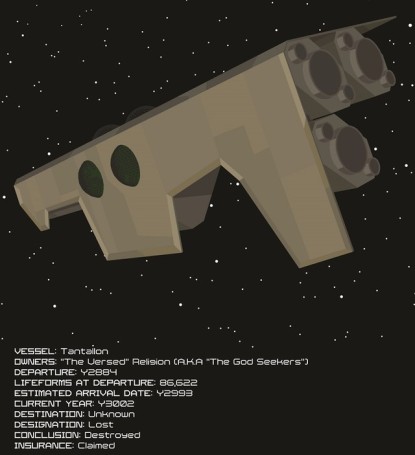 Although if old-school sci-fi has taught us anything, it’s that teetering on the brink of disaster causes strange events to trigger and this is no different as the AssistA robot boots up.  The crew are nowhere in sight though and the mystery starts to become all the more real as our central character wanders the levels of the ship trying to find any clue as to what happened and where the hell everyone is.  It’s slow & subtle with some real moments of wonder and scale which feels like a mix between Silent Running & Wall-E and the controlled use of dialogue quickly evokes the emptiness of space and the silence of being alone.  Sure, there’s some diagnosis from AssistA and a run through some day-to-day tasks which may seem mundane but somehow have more depth & meaning than you’d first expect which is down to Simon Birk’s deep & involving story.

Tom Eddy’s artwork is perfect for this too as it’s style & tone seems able to convey the echoey atmosphere of the ship as our robot searches for clues.  Simplistic in places but it’s exactly what the story itself needs as the vastness of space and claustrophobic corridors of the ship are captured brilliantly.  There’s also that eye-catching cover by Lyndon White that helps complete an impressive opening issue from a creative team that are all in sync with the lonely and intriguing world they’re trying to convey.  An interesting opening issue that’s far more engaging than you may expect at first but mystery is so well written that the slow-burn lets the world grow at a pace that makes this a tale you connect with.  It also leaves you hoping that issue #2 is here soon and we can find out what else will happen with AssistA’s mystery.