Vital Publishing had a jam-packed year of releases to try to maintain with some previous titles getting a reprint, some titles being continued & some new titles being introduced.

John Richard Farman had already set out an ambitious target early on in the year when I spoke with him about Vital Publishing and the direction he saw it taking.  Something that he was able to deliver on and 2 particular titles stuck out as highlights for my year….

Royal Descent #2 & #3 – saw the body count rise in what has become one of the best comics let alone Indie comics around – satire for sure and not scared to ruffle some feathers….but then isn’t that the point.  Stunning artwork from John Howard who gets better and better with each issue and that all combines on one of those titles that I just “get” from cover to cover. 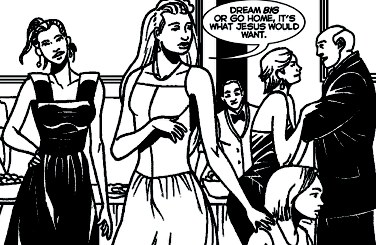 Purity Ring #1 – Joined by artist Rodolfo Ezequiel and inkers CJ Sauret & Juan Hernandez the newest title from Vital Publishing saw John delve into the religion arena with his slasher tale of revenge showing the consequences of deceit & bullying in small-town America.  Another excellent addition to the Vital releases and one that will hopefully maintain the same momentum and quality into the next issues.

Keep up to date with their 2016 releases over on the Vital Publishing Facebook page and the website too – where you can also get hold of them from the online shop!